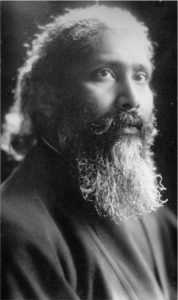 The Dargah Foundation supports the social and cultural work at the dargah of the Indian mystic and musician Hazrat Inayat Khan (1882-1927). A dargah is a place were a sufi saint or sufi master is buried. It is a place for contemplation and meditation, but also a centre that aims at the wellbeing of its neighbourhood. The Dargah Foundation has been set up with this last aim in view.

The Dargah Foundation has been founded in 1999. But the activities for the neighbourhood started much earlier. Already in the seventies activities were initiated from the old building around the dargah. Eventually these work activitities led to the following projects:

The foundation supports these activities financially. If necessary the Foundation contributes to the maintenance or furnishing of the buildings or pays for urgent medical assistance.

The activities of the foundation in Delhi take place in the buildings around the dargah of Hazrat Inayat Khan. These buildings belong to the Hazrat Inayat Khan Memorial Trust.The activitites are being led by Dr. Farida Ali. The foundation is responsible for the financing of the projects, whereas the trust and dr. Farida Ali in particular are responsible for the organisation and execution of the activities.